Richard Meyer Cayne born Montreal, Quebec Canada, has been a pioneer in the wealth management space in Asia catering to High Net Worth Individuals. Richard Meyer Cayne having first started his career in finance in the mid 90s in Tokyo Japan had opened the first firm Meyer Asset Management Ltd in Japan with a focus on offshore wealth solutions catering to High Net Worth Japanese clients and run by a foreigner. Richard Cayne has helped many wealthy families with issues such as wealth creation, succession planning issues as well as general portfolio construction and balancing using modern portfolio theory. Richard Cayne in helping to implement both very basic and advanced financial planning theories has helped make a difference in the lives of thousands of which Richard Cayne is very proud of. He has and continues to made a difference as Richard Cayne always encourages and advocates families to discuss their finances with their children and get them involved in understanding and contributing in ideas to help preserve and grow the family’s wealth. This is something which is done regularly in the West and very seldom in the East says Richard Cayne.

Throughout Richard Cayne’s 15 year period living in Tokyo Japan he acquired a firm command of Japanese complementing his other languages of English and French. Richard Cayne had lived in Ebisu, Shibuya- Ku in Tokyo Japan and was an active member of both the American Chamber of Commerce as well as the Tokyo Rotary Club where Richard Cayne enjoyed trying to make a positive impact on the local communities.

Wanting to expand with a wider Asian presence Richard Cayne set up Meyer International Ltd a Bangkok based operational arm of parent company Meyer Asset Management Ltd the international firm with ties to over 200 top financial institutions worldwide. At the same time the Meyer Group run by Richard Cayne became part of Asia Wealth Group Holdings Ltd which is now listed on London UK’s Aquis stock exchange. Richard Cayne also being Director of Asia Wealth Group Holdings assists in growing Asia Wealth to find and acquire other financial related companies in Asia with a focus on the new and growing wealth of individuals in the region.

Richard Cayne is proud to say that not only does Asia Wealth Group Holdings being listed as a financial services holding group offer the Meyer Group further opportunities for its clients and business partners but also as Asia Wealth Group Holdings is a London listed company it is seen to have high credibility, corporate governance and image worldwide which offers clients further comfort of its stability and quality of service. Richard Cayne has many business interests in the region and spends most of his time in Singapore and Bangkok Thailand.

Richard Cayne currently Managing Director of Meyer International Ltd based in Bangkok Thailand is also member of several volunteer groups and Chambers of Commerce. As a firm member of the local business community Richard Cayne is also keen to help other wealth management related firms develop and grow their firms and help the local community at the same time. 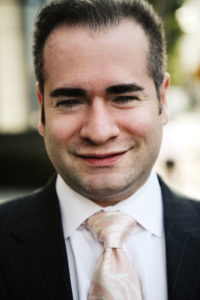